A Radical Look at Free Speech 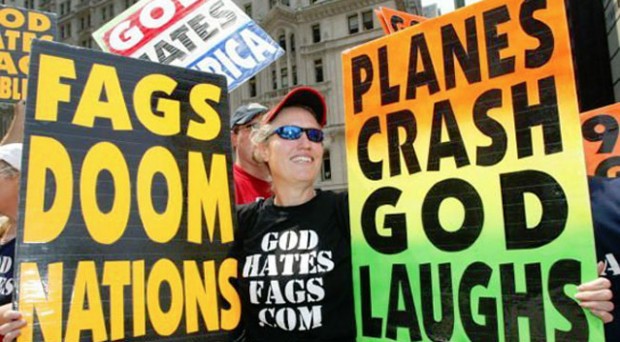 I am not ashamed to admit that when the Erik “OMG Can You Believe What an Asshole I Am?” Loomis kerfuffle first erupted, my immediate reaction was to first conclude “Hang the little fucker out to dry” and work my way back to build the supporting argument. This process is known, often disparagingly, as rationalization, and I am starting to think it has an unfairly bad rap.

Had this not happened I might have never opened up the surprisingly large and complicated can of worms that free speech doctrine is, and, in so doing, discovered yet one more area of discourse where people are corralled into compliance with the status quo (aka pure evil) via starry-eyed notions, accepted on the most dimwittedly pure faith, about how the world either works or can easily be made to work better.

You know you are deep into indoctrination territory when people you are arguing with robotically recite the same one or two hackneyed declarations over and over, and become progressively more inclined toward verbal abuse the more you press them for supporting evidence. This happens each time I gingerly interrogate why we are obliged to honor free speech as an inflexible principle even when doing so seems very much at odds with our own interests, including our self-preservation.

In my first piece on Loomis, I argued mostly from inside the belly of free speech doctrine, because, one, I was really tired of being called an authoritarian every time I attempted a less orthodox approach; two, my position on free speech was still not fully baked; three, I think dust-ups between equally execrable establishment assholes are among the areas where cliches about free speech legitimately apply; and four, I wanted to primarily focus on how predictably dishonest and corrupt the pro-Loomis campaign is, even on conventional terms. Therefore, I didn’t state outright as I will now what my position on Loomis is:

1. Yes, in some abstract sense he has as much right to speak his mind as I do

2. In the midst of a system that works with increasing efficiency at insuring that authoritarian conformists like Loomis have an effective platform and people with less orthodox opinions, less education, less money, more pigment and no penis don’t; and in light of the overwhelmingly authoritarian character of the speech in question, I don’t, as a practical matter, give a fuck about this abstract right of his and if he loses his job over it, I don’t give a fuck about that either.

Armed with my own, allegedly equal, right to free speech and the email addresses Crooked Timber’s repellantly sanctimonious and dishonest “Statement” had helpfully provided, I offered key employees of the University of Rhode Island the following opinions, all of which I sincerely believe:

I am fairly sure that having done this, I did more writing to the university about Loomis than any of the people who spent so much time on Twitter and in the comments section of my last post attempting to persuade me to the unique importance of his cause. And that right there gets us somewhere near the crux.

Unless we are the ACLU, with a mandate to defend the speech rights of all comers, we are going to pick and choose our free speech battles. Let’s liken our current situation to a burning house, where there are five unconscious children. You have to rescue them and have precious little time with which to do so. Two of the children are yours, two are your favorite neighbor kids and the fifth is a firebug who you have reason to believe caused this fire, having done so before. Are you to be faulted for rescuing your children and the sweet neighbor kids first, even if doing so causes the death of the firebug? Surely not. What about the guy who would rescue the firebug first, insisting to himself that all life is equally sacred, and as a consequence causes the death of one of his children? Is he a hero? Is he more principled? No. Emphatically not. He’s an asshole.

I am deeply mystified by people who will, on one hand, fully concede that Loomis’s ‘academic freedom’ is only pushed in front of us because he has passed all the speech gates that keep people far less shitty than he is from getting anywhere near real influence, and on the other insist that we are forbidden on principle from applying the obvious remedy to this asymmetry: that is, restricting our support for free speech struggles to genuine underdogs, or, horrors, actually working to see that people like Loomis lose, until the playing field is evened out.

Objections to a selective approach are based on two assumptions, both of which are faulty:

Faulty assumption 1: If we do not uphold free speech as a principle for everyone, we put the principle itself in jeopardy

People’s speech rights have been contested for my entire life and I am quite sure they’ll be contested after I die. Free speech purists conjure a fantasy of a state and institutions that happily comply with rules established by precedent. For the sake of argument, let’s put aside how preposterously stupid this is in light of  ‘free-speech zones’,  government-directed assassinations, infiltrations, and wars on whistleblowers and contend only with the courts. Anyone familiar with the history of First Amendment cases knows that state indulgence goes up and down depending on who’s  speaking. Hate speech is privileged in a way that dissident speech and pornography are not. The state  let up on persecuting communists only after the Ku Klux Klan had been dragged in on the same grounds. By then the Communist Party was effectively destroyed.

The lesson is that principles do not gain and lose ground independent of individuals and factions gaining and losing ground. Freedom advances when people who believe in freedom advance. Authoritarianism advances when authoritarians advance. This seems obvious to me. Therefore, ensuring that an obvious authoritarian like Loomis can keep his job and advance professionally toward greater influence must surely be a tactical draw at best from the standpoint of entrenching free speech as a social good.

Faulty assumption 2: Free speech is almost always contested at the margins of speech. There are rarely any real heroes in free speech struggles, therefore, you cannot restrict the struggle for free speech to ‘good guys.’

This is bullshit also, predicated on the deeply conformist notion that contested speech is invariably terrible speech. News of gross infringements on people’s rights fly at us every day, and those infringed are frequently quite nice and sometimes even heroic. But it’s only when infringements affect Loomis’s political class, or people that his class cares about, that we’re reminded of how urgent and universal this shit is and how immaterial is the speech itself.

I don’t recall Crooked Timber’s online petition for the school administrator who was fired from her new job based on sexy emails she had sent from the work computer at her old job. Where were the alarmist tweets from Glenn Greenwald, Aaron Bady, Matt Yglesias, Julian Sanchez, Doug Henwood or Duncan Black when a guy serving three years for burglary got five years added to his sentence for threatening the president and his wife. Where were they when this grandmother got shaken down by police for sending teabag tabs to her public officials?

You could dedicate the rest of your life to fighting for speech rights – the rights of prisoners, the rights of workers, the rights of labor organizers, the rights of whistleblowers, the rights of silenced rape survivors – without ever once having to fill a time lull with some asshole like Loomis or the clowns of Westboro. So let’s quit pretending that, in a world of horror, Loomis’s tiny little career nightmare matters to us for any reason but that sympathetic people with influence — who, not coincidentally, look and sound a whole lot like him — think it should.

The Corey, Freddie and Erik Show

47 Responses to A Radical Look at Free Speech